Ultra and the Problem with Gaming: Op-Ed

I have too many computer games. My library looks like a graveyard of gifted titles, Humble Bundle rewards, and failed Kickstarter projects. If I’m honest, I play maybe three titles total a month due mostly to time restraints and my aging ThinkPad. I might fire up Quake for 15 minutes for nostalgia’s sake, but like most relationships, it doesn’t get the kind of attention it used to. The issue here is not my lackluster status as a gamer, but rather the inability to unload these titles. They are in my library until the end of time. But what if I could sell or even gift these games to someone else? Thanks to the team at Ultra Blockchain, we will be able to do this in the future.

For those old enough to remember, games used to be on physical media. Sharing these could be done quickly between friends in the same way books can be lent out. Digital downloads have largely replaced discs, cartridges, CDs, DVDs, and finally, Blurays, which used to be purchased in-store. Even GameStop understands that physical media can be reused, reflected by the popularity of its trade-in program.

Unfortunately, until recently, there was no way to create a way to distribute digital media that could not be copied. With the advent of Blockchain, there is now a way to transfer irrevocable ownership between parties. This is what makes Ultra such an exciting company.

Blockchain allows developers to create a unique ID for a piece of data. In this scenario, we imagine a game titled Widget Wizards (WW). Purchasing WW sends a private key to the user, which entitles them to the game. Only the person with the private key can access the title. After playing to their satisfaction, the user can hold onto the private key, sell it to someone else, or send it to a friend. The publisher can rest comfortably knowing that their game is being played legally, even getting a portion of the discounted resale price.

This also applies to in-game items. Items can also be sold on supported crypto markets. In short, the tokenizing of games is the GameStop model minus the physical aspect. 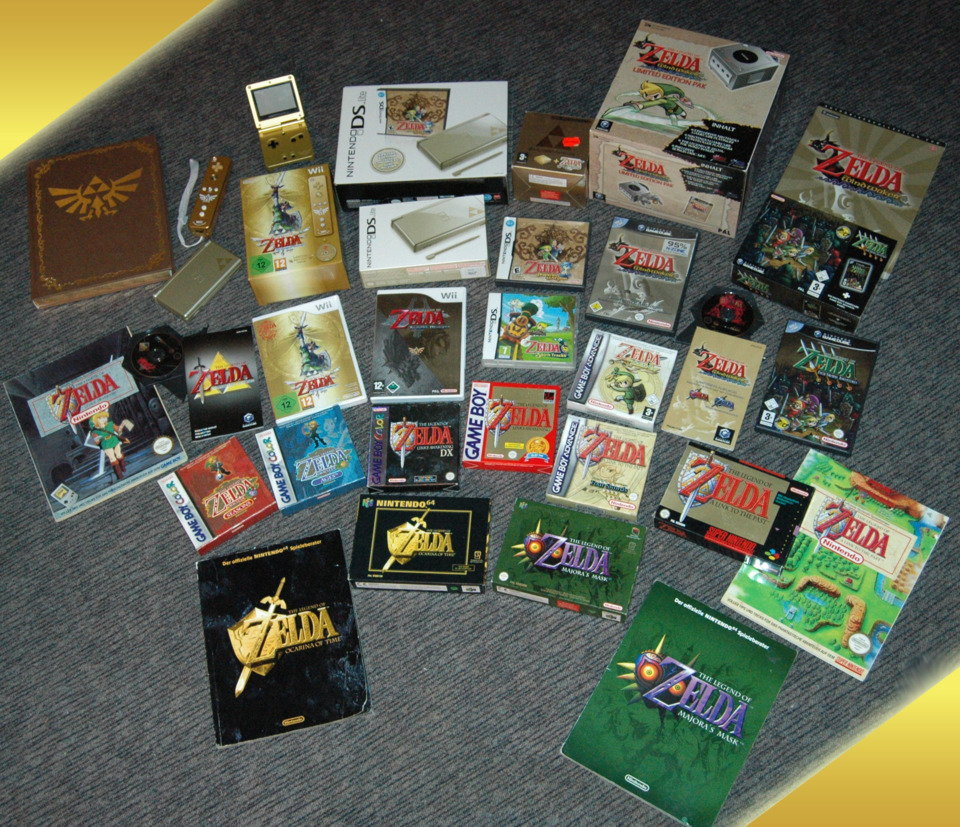 There is a population of gamers who are completionists. They spend hours racking up achievements on their favorite titles and scour message boards like Reddit to find the hidden ones. Much like Pokémon, they “gotta catch ’em all.” These collectors intrinsically understand the scarcity of items, as evidenced in the above photo.

In-game items are no different. The blockchain’s ability to offer verifiable digital scarcity is a unique selling point that gamers will immediately understand. Limited edition games could come with an NFT that is equally rare. Imagine a popular IP with only 1,000 “Collector Edition” copies. Like other cryptographic assets, users could verify their copy on the blockchain and check the remaining supply.

Once the original 1,000 copies are sold out, the game developer can create more, but this edition might have a different game character. Or an extra storyline. Publishers have used this marketing strategy in games like the Pokémon mentioned above and Soul Caliber, wherein other editions have slightly different characters or scenarios. DLC’s also follow this strategy to add features, items, and extended storylines for current titles. This content could all be put on the blockchain to create a global leaderboard of achievements and accomplishments targeted to the game completionist. If achievements are tokenized, there is no telling how valuable those could become.

With blockchain technology, creators could extend this concept much further and use creative marketing to create a buzz around theses concepts and launches. Ultra is not only about providing tools to make items scarce

but also provides tools to make games scarcity a reality

Of course, this technology is virtually worthless if there are not partners for distribution. Ubisoft is the largest game company to partner with Ultra officially. It will be incorporating Ultra’s technology to allow its users to buy, sell, and transfer game NFT’s between users. Being able to legally farm and sell game items could open up additional secondary markets.

With the above system, I would enjoy a game, farm items, then offload or even donate them to a good cause.

Will other game companies follow Ubisoft and the trend towards blockchain? Press releases around the topic are slowly being released. Aside from small indy-developers willing to take risks, more prominent publishers seem to be waiting on the sidelines, waiting to see if the trend has momentum.

The actual scarcity of these future items could see them gain value over time, similar to other collectibles like baseball, Yu-Gi-Oh!, or the hype-inducing Pokémon cards. Even if game items go down over time, it will provide a little compensation for gamers like myself. At the very least, it would allow me to clean up my games library. I doubt I’ll be firing up Crysis anytime soon on my aging ThinkPad.

*Disclaimer – Ultra is our Media Partner, and this content is possible through their support. The above article does not represent financial, investment or trading advice and we do not recommend the purchase of any cryptocurrency or product without consulting a financial aid. The Daily Chain strongly encourages you to do your own research before making any investment decisions.

Carlos has been actively involved in cryptocurrencies since 2014 and since then has authored multiple articles and reviews, edited podcasts, and acted as an advisor for several projects related to blockchain technologies.

Ripple CEO says XRP remains even if the company “goes away”

Research Reveals a Glaring Dearth of Knowledge Among Crypto Investors

BTC Price is Gaining Momentum Above $50K: Fresh Rally Ahead?

Canada gets another Bitcoin ETF From Galaxy Digital Capital Management

Nearly Half of Goldman Sachs Clients Have Been Exposed to Bitcoin

BTC Price is Gaining Momentum Above $50K: Fresh Rally Ahead?